On Friday July 1st I sat down with Jay Smart, the guru of the mine display, and poked into his past as he is and has always struck me as a very interesting person and thought it was time to share who he is with our readers. 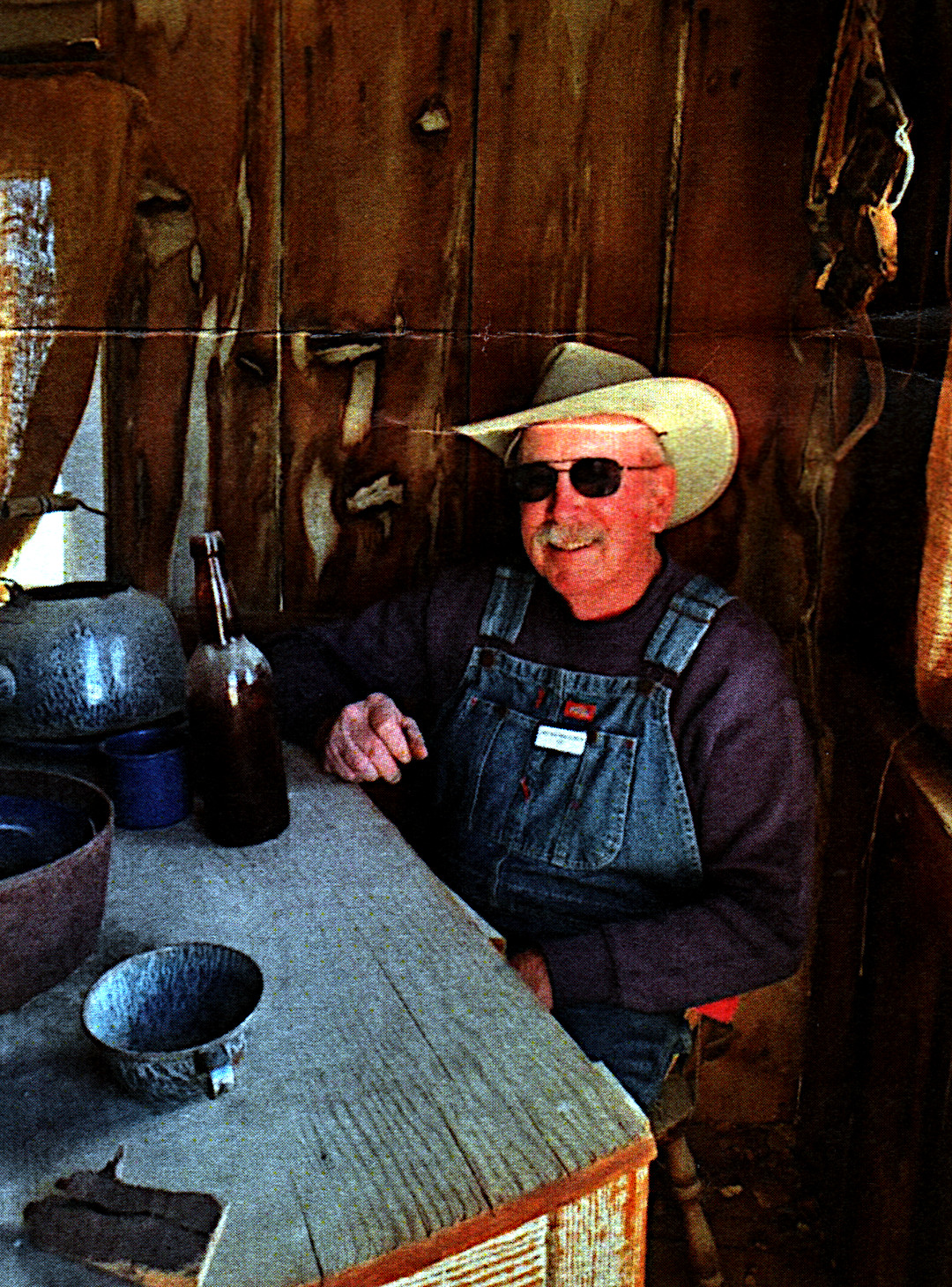 Raised in northern California Jay went to first thru third grade in a two-room schoolhouse in the town of Boonville California. He graduated high school in 1959 from South Fork High School in Miranda, California. Jay immediately went to work after graduation as a Park Aid at Richardson Grove State Park 1959-1964 which Jay describes as training to be a jack of all trades. Jay says that one of the perks of that job was checking in on ladies visiting the park. At that time Jay was an ocean surfer and was among the first to surf the Northern California coast at Shelter Cove west of his home in Garberville. Jay was surfing the cold waters of the Northwest long before wet suits, so he has had a firsthand relationship with hypothermia

Jay attended Santa Rosa Jr. College intermittently then Humboldt State University. During his studies at HSU Jay became hungry. Needing to make a little money late in 1964 Jay went to work for the California Division of Highways, known today as Caltrans, as a temporary laborer out of Weott, California. In December of that year Northern California experienced a disastrous flood destroying many highways. This gave Jay the chance to be employed permanently as laborer which he did living in Bridgeville California.  In 1967 Jay moved to a fown on the Klamath River called Orleans where he was promoted to Heavy Equipment Operator. In that remote town he took up with this "hippy girl* who liked mushrooms (not on Pizza)! Jay also refereed bear races while living in Orleans, ask him about it sometime, it is a hoot.  Jay's career took him to District 8 in Lake Arrowhead where he was promoted to Lead worker. He took another promotion to Maintenance Supervisor at District 9 in Bishop in 1970, where he met and married his wife of 28 years, Molly. He as Supervisor had inherited a rather "non-productive” crew, but after some pressure, and tweaks they became quite the opposite. In 1975 Jay received another promotion as Assistant Superintendent at Red Bluff. Working out of Redding as an Assistant Superintendent he also did special jobs such as: Permits Engineer, conducted a paperwork reduction study, was a member of a statewide training team, and he also defended District 2 as their representative in small claims court.

Returning to Bishop in 1990 as Region Manager for District 9 Caltrans Jay weighed his options and decided there must be a life outside of Calirans. After 37 years in 2001 he called it a career and retired with his Passport, fishing pole, Jeep, and puppy, named Y2K.

What brought Jay to the Laws Museum, you ask?  Originally three people reached out to him, Lefty Irwin, Howard Holland, and Larry Paglia. But it was Larry, who would say “there wouldn't be a railroad here in this valley if it weren't for mining, and we don't have a mining exhibit” that finally hooked Jay with some permanence. In 2008 Larry, John Naken, Lou Wadsworth, and Jay surveyed the site what was to become the Poleta Mine and Milling Company at Laws Railroad Museum and Historical Site. After participating in the construction of the mining display Jay became a docent at the museum and an active member of the board of directors. After picking up and studying rocks as far back as he can remember, and his life-long interest in geology, it was a good fit. Volunteering takes Jay back to his recollection of high grading cinnabar which when cooked produces mercury. That activity from 1965 through 1967 helped Jay pay off the purchase of a 1965 Ford Mustang which is still parked in his garage and on occasion can be seen in the museum parking lot.

We are extremely lucky to have Jay aka Sweetpea, as he is affectionately referred to by some. |invite you to meet Jay who volunteers on Wednesdays and Saturdays in the mining exhibit. Jay will even fire up the equipment and let you crush rocks. Go Giants!