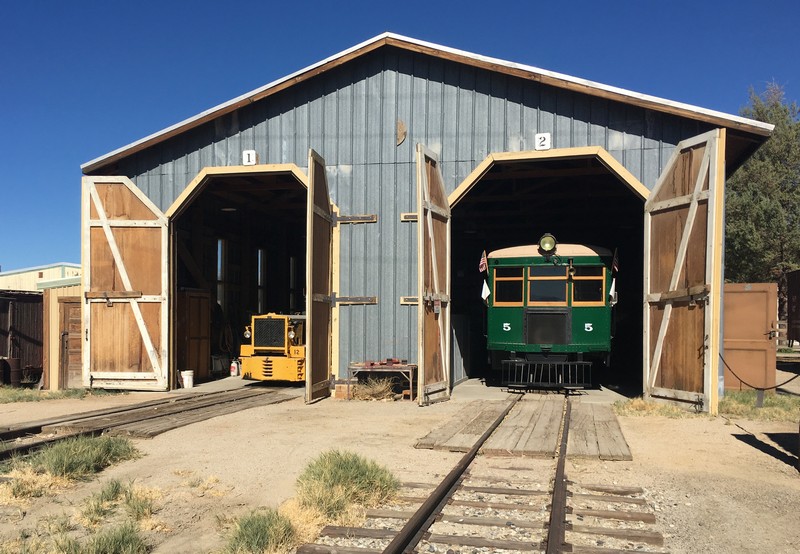 The train restoration shop is where work is performed on operational train equipment.  It also serves as the Train Barn which houses the fully restored Death Valley Railroad's Brill Car No5, as well as the "Old Smokey" engine from the  Pine Creek Tungsten Mine.

The shop was constructed for the 2004 renovation project of the self-propelled railcar originally manufactured by J.G. Brill Co. in 1927.  The Brill Car was built for the Death Valley Railroad, to transport tourists to the Furnace Creek Inn in an effort to sustain its rail line after the decline of borax mining operations.  By 1930 the Death Valley Railroad was abandoned and the railcar was relocated to Carlsbad, New Mexico where it was used by the U.S. Potash company to transport its mill workers to the jobsite until 1956.  In 1967 it was returned to California to become a part of the Laws Railroad Museum, where it would ultimately become the only fully restored and operational Brill Car in North America.  Visitors can ride the Brill Car on select weekends each summer.